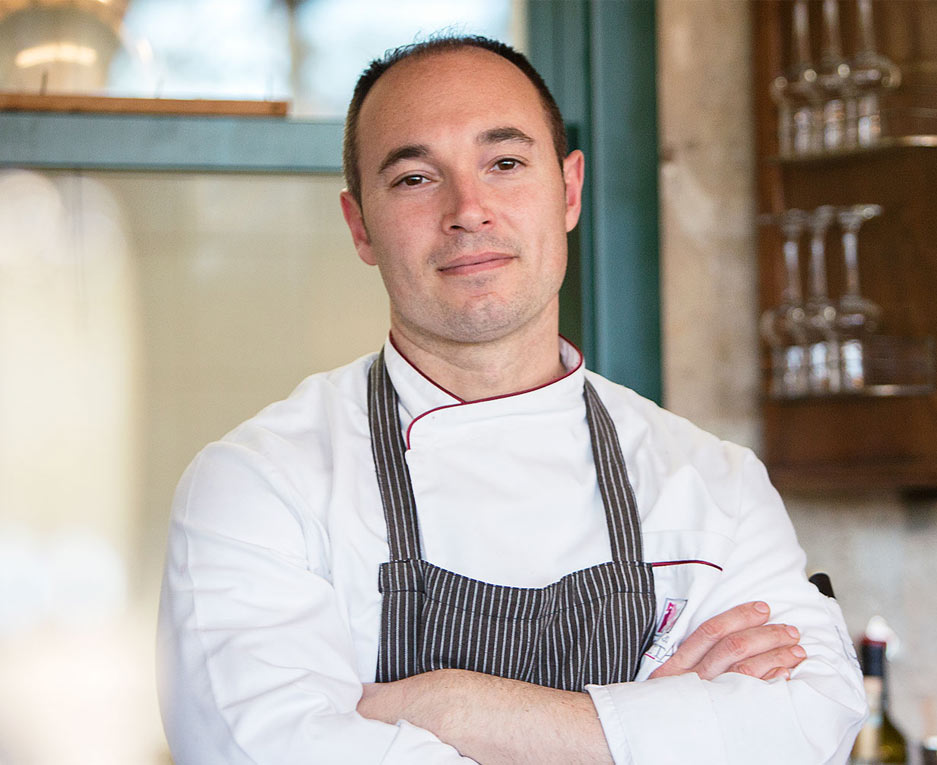 Danilo Mariotti was born in the Romagna Region, but he’s living in Le Marche since many years.

His passion for cooking starts during the adolescence, the period in which he takes the diploma at  the Hotelier Institute Santa Marta of Pesaro and began to frequent the kitchens of many restaurants and hotels on the Riviera Adriatica.

From 2007 to 2013 he grew at the Symposium – Quattro Stagioni in Cartoceto (Pesaro e Urbino), a Michelin-starred restaurant, until he became sous chef.

There he discovers all the secrets of the raw materials, especially the local ones, learning to use all the culinary techniques and has the opportunity to deepen Le Marche gastronomic traditions. After the Symposium he was at Lo Scudiero, probably the best restaurant in Pesaro.

His dishes are inimitable for the delicious combinations of flavors and colors, but also for how they are served: check out the pictures, you will be amazed!